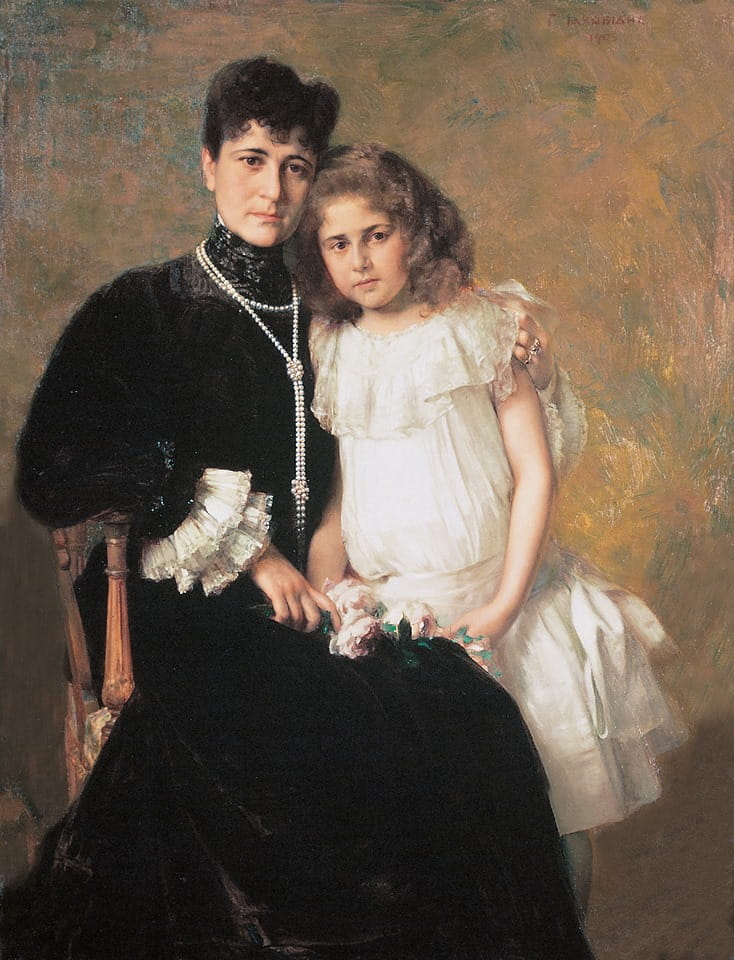 In 1981, in a letter to the Mayor of Larissa, Aristeidis Lamproulis, Georgios and Kaiti Katsigra decided to donate to the Municipality of Larissa the valuable collection of 781 paintings, engravings and drawings, on the condition that a building and a legal entity be created with the name “Municipal Art Gallery of Larissa G.I. Katsigras Museum”.
The Municipal Art Gallery of Larissa G.I. Katsigras Museum, from the very first year of its establishment in 1983 until today, fully integrated in the social fabric of the city, has contributed in many ways to the establishment of fine arts in Larissa, the wider region of Thessaly and nationwide.

In November 2003, it opened in the new privately owned building and part of the G. I. Katsigras Collection was exhibited for the first time in a permanent exhibition with 150 works of the 19th and 20th centuries as well as the furniture of Heinrich Schliemann.

In the large exhibition spaces – hall “Eirini Katsigra” – important individual and group exhibitions are organized as well as other exhibitions in collaboration with Galleries, Museums and Institutions.
In the atrium of the 1st floor, painting, sculpture, engraving exhibitions are held.