Biography of Georgios I. Katsigras 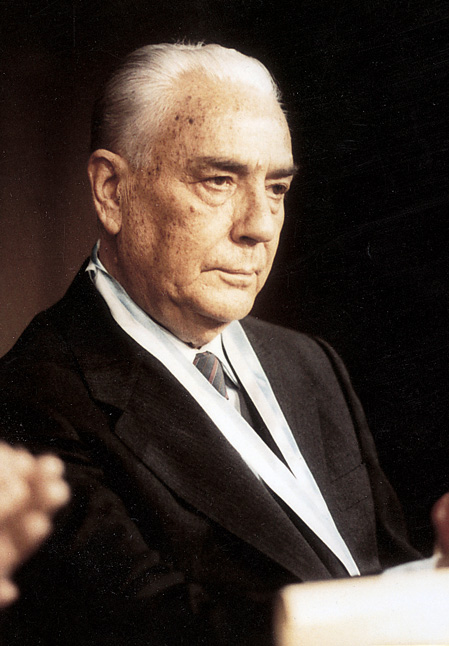 Georgios I. Katsigras was born in Larissa in 1914. He studied medicine at the University of Athens, where he was awarded a doctorate in Surgery. In 1940, he served in the Military Hospital of Larissa and from 1941 to 1948, he worked at the Evangelismos Hospital in Athens as an attending doctor and at the Sbarounis Clinic as an assistant to Nikolaos Sbarounis.

During the occupation, he was arrested by the Italians and imprisoned in Larissa and Athens. In 1946, he married Kaiti Kazantzi, director of the Evangelismos Hospital, and they had three daughters. In the period 1948-49, he was the director of a surgical unit in the area of Kastoria. In 1949, he settled in Larissa and founded the G. I. Katsigras Surgical Clinic, which operated until 1987.

Since 1990, the Medical School of the University of Thessaly has been housed there. At the same time, he became interested in Greek painting and created a collection of 781 works by the most important Greek artists of the period 1850-1950, which he donated to the Municipality of Larissa in 1981.

In 1983, he was awarded the prize of Order of Ethical and Political Sciences by the Academy of Athens.

In 1984, the Municipality of Larissa awarded him the city’s gold medal.

In 1987, the Larissa Renovating Movement of Scientists (ANKEL) honored him with the 1986 ANKEL Award.

In 1994, the Rotary Club of Thessaloniki awarded him an award of beneficence and a gold medal, in 1997 he was honored by the Medical Association of Larissa, to which he bequeathed his medical library, while in 1998 he was awarded a medal by the Community of Zappeion.